A good friend of mine, Richard Kurtz, was involved in a traffic accident about two weeks ago.  I thought I might post a few pictures of the cars involved, and the survivor.

Richard was making a left turn in heavy traffic.  Witnesses say that he had the right of way.  Here's the car that hit him.

Richard barely survived the accident.  One doctor told him later on that he was about five minutes away from bleeding to death.  The hospital had seven different doctors working for the first 8 hours to save his life.

Here's Richard, recuperating.  The two ladies with him are Jenna Roseboom and Cindy Keeble. 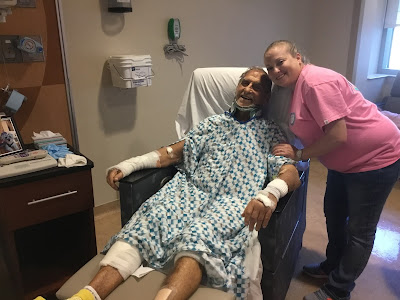 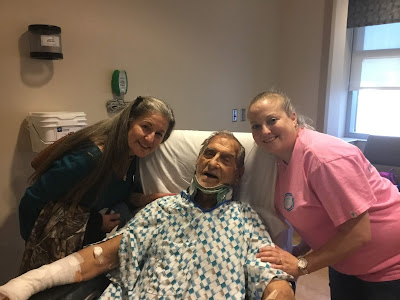 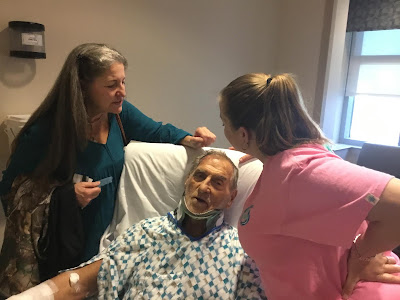 Richard is home now, and has 24/7 care.  His most recent accomplishment is being able to fix his own breakfast.  He tells me that as soon as he's able, he's headed back to the gym to work on his biceps - Richard says they shrank during his recovery.