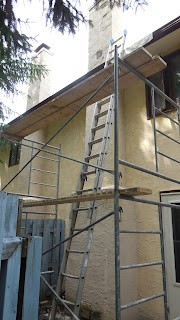 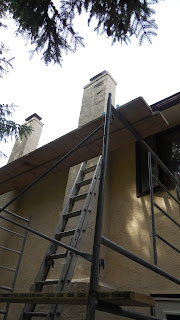 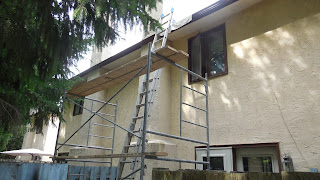 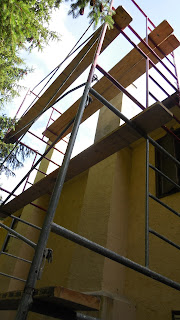 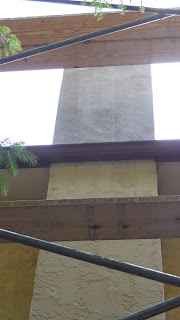 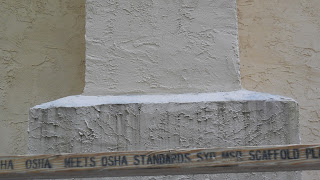 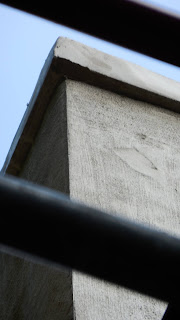 A good friend of mine, Richard Kurtz, was involved in a traffic accident about two weeks ago.  I thought I might post a few pictures of the cars involved, and the survivor.

I've been out of touch for a while, but I'm back.  We'll see how long this lasts.

If you're a writer, at some point in your life you'll try and get someone to publish your work.  I'll tell you in advance that you'll do best if you have the integument of a rhinoceros.  Consider Elderberry Press vs. Random House by that lovable old misanthropic curmudgeon, Fred Reed.

Suppose your opus somehow gets to Random House. It will fall into the hands of a first reader, usually a Barnard co-ed with the brains of a trout fly, who likely has never been more that fifty yards from a flush toilet. She will know nothing about America, truck stops, life, or Oklahoma. She will bounce your book.

A somewhat different outlook can be found on Dan Klefstad's blog.  Scroll down to the post “Embrace Rejection” Speech to Writing Students.  It's a somewhat lengthy article, but it's worth reading.

I think we should all prepare ourselves for an industry that is structured to say No to your work. That’s the default. Your job is to be so brilliant you force publishers and agents to flip the switch when they encounter your words.

I’ve published many times, but I’ve also been rejected hundreds of times.

You write something, you submit it to a publisher. Pick a publication you aspire to be in or an agent you want to represent you. Then pick several more. Write, submit – don’t even wait for the replies because those take weeks. Write, submit, and embrace the “No thanks” emails when they start coming in.

And remember: The publishing industry has No as its default. Even after you get a good edit, the gatekeepers who are flooded with manuscripts will try to find a reason to keep you out. Dare them to. Because content is subjective and if they don’t like your work now, they might like it later. Or another publisher might take a chance with you.

It’s worth pausing for a moment and reflecting on all the times publishers got it wrong. They said No to authors who’d go on to be blockbusters. JK Rowling’s Harry Potter pitch was rejected a dozen times. John Grisham’s first novel, A Time to Kill, got 24 rejections. Stephen King rejected himself initially — He threw out the first chapters to, Carrie. Fortunately, his wife fished the crumpled pages out of the garbage and made him finish it, which he did. Then it got thirty rejections. The list goes on and on, so I’m guessing several people here could – eventually – land a major contract or get into a prestigious journal. You just have to keep trying [emphasis mine - WLE].


In support of this philosophy, here's a link to ten bestsellers that were rejected multiple times before finally being published.  I wonder how many first readers got fired over their decision to reject the work.

10 Best-Selling Books That Were Originally Rejected

My only other observation comes from Stephen King, who stated that if an author isn't reading, he should be writing.  I agree, and so it's back to work for me.

Because seven isn't quite enough.  Juxtaposed to Enid Blyton and her violence free world is the hard boiled detective genre, and the hotly disputed leader of the pack is Mickey Spillane and Mike Hammer.

Spillane wrote The Big Kill because he needed money to buy a house.  The general public loved it, the critics panned it, and Mick laughed all the way to the bank, and then bragged about it.  Spillane publicly commented that the one thing all those big shot writers didn't understand is that the world eats more salted peanuts than they do caviar.  And he was right.  Spillane sold over 200 million books, a half-dozen films, and two TV series (one of which he played Mike Hammer).


So if you're ever getting a little fed up with overly sensitive heroes that are the quintessential 1940s Boy Scout in disguise, go read about Mike Hammer.  Especially the early work.

The last in the series, I selected The Rockingdown Mystery by Enid Blyton, the first in a series featuring the same characters; Roger, Diana, Snubby (Peter), and Loony the black spaniel.  The dog was based off Enid's own dog Laddy.


Blyton was frequently on the best seller list, generally near the top,  Critics attacked her frequently, especially in the 1960s, as being a racist and somewhat xenophobic.  Other criticisms derided her world as being viewed through rose colored (coloured, for our British English readers) glasses, and her plots as being pedantic.  I never found any of this to be the case, and like another famous author (Mickey Spillane) I'm sure she laughed all the way to the bank.

I think it's worth mentioning that Blyton encouraged children to help other children and animals, and to show them kindness.  She reasoned that adults are perfectly capable of helping other adults, which I find refreshing.

Another thing Blyton was criticized for was the use of corporal punishment.  Children might get a scolding, but if they did something truly wrong they'd get 'a first class whacking'.  Her words, not mine.

Although Enid Blyton's books were written for children, I still have a copy of the Rockingdown Mystery, and am tempted to buy the next one in the series.

Devil in a Blue Dress is the first book in the Easy Rawlins series.  The protagonist is Ezekiel “Easy” Porterhouse Rawlins, an unlicensed private investigator who does the best he can for his clients.  When the game gets too rough, Easy calls up his sometime friend and associate, Raymond “Mouse” Alexander - a gangster who is so tough every other bad man in town calls him Sir.


Mouse is Easy's alter ego; he's the dark side of Easy.  The whole thing plays well throughout the entire series.

In between times, the reader gets to find out what life was like for a colored man in the post-WWII era, and gets a decent tour through black culture.  Meanwhile the author builds a complex plot with a plethora of distinct characters.

If you're interested in a good detective novel, you can't go wrong with this one.
Posted by WL Emery at 2:21 PM No comments: