It has occurred to me several times that we have lost the art of the personal letter.  I haven't received an actual letter in years.  The closest thing to a real letter is a hastily scribbled missive on an amusing card from E.C. Boone, PhD.  That counts for something, I suppose, but it's not like the good old days at all.


I gather that cursive writing is no longer taught in school.  When I started grade school in, let's see... 1957, we were taught printing.  A year or so later we were taught to write in cursive, and printing was no longer acceptable.  I missed formal penmanship lessons, which were optional.  Since most teachers couldn't do it anyway, penmanship got dropped in favor of something else.  That was a real loss, in my opinion. 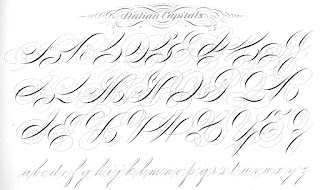 I'm willing to bet that most, maybe all, high school students don't know the form of a business (or formal) letter versus the form of a friendly letter.  I haven't even mentioned composition and being able to write a coherent sentence, things many adults can't do.

The personal aspect of the letter is what I'm missing.  Someone sat down and spent time composing the missive, thinking each paragraph through in advance, checking the spelling on certain words and writing it out longhand.  This takes time and effort.  It's meaningful, and what few letters I receive I tend to keep, and to reread from time to time.

Tomorrow I think I'll compose a few thank you notes and a missive or two, and send them out.  I'll likely brighten someone's day when they open the mailbox. 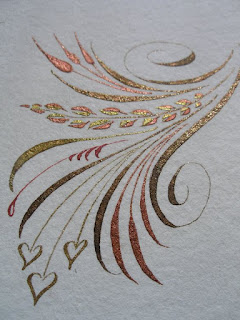